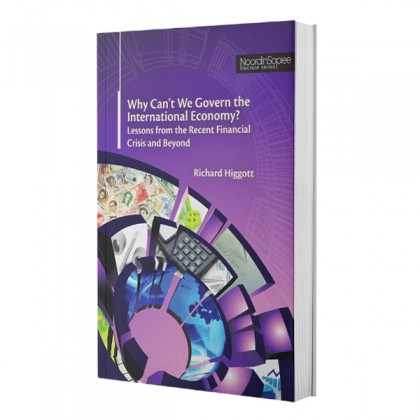 RM7.80 RM10.00
Why Can't We Govern the International Economy? Lessons from the Recent Financial Crisis and Beyond
End In :

The international financial system is in a period of severe and destabilising volatility. The reason for this is that we have failed to see that we are dealing with a set of political and ethical issues not simply an economic problem. The dominance of the ‘efficient market hypothesis’ of the late 20th and early 21st centuries blinded the political elites of the major OECD countries of Europe and North America to the need for at least some appropriate regulation of the financial sector and financial markets. We forgot that financial markets, like cars, are constructions and that markets, like cars, need servicing regularly. We also forgot that cars, if driven well are major, indeed indispensable, assets to society; but, if driven badly can kill and maim and that more often than not it is the innocent bystander rather than the driver who gets killed or injured. The last decade has seen our failure to service markets and to teach good driving habits to their drivers (bankers) have dire consequences for many innocent bystanders in both the developed and the developing world. The recent effect of this has been to see the bystanders begin to question the utility of the financial markets—so much so that it is possible to talk of the emergence of a recurrent crisis of modern capitalism. Ironically this crisis is affecting the developed worlds of Europe and North America more than those of East Asia. Drawing on examples from Europe and East Asia the monograph will offer an empirical analysis of how we have arrived at this juncture and some insights on what we need to do by way of a policy reform process if we are to re-stabilise the system.

The Politics of Visioning and Coalition Building in Malaysia: A Futures Studies Approach
RM24.96
RM32.00