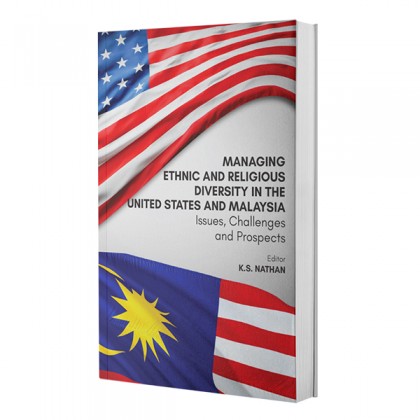 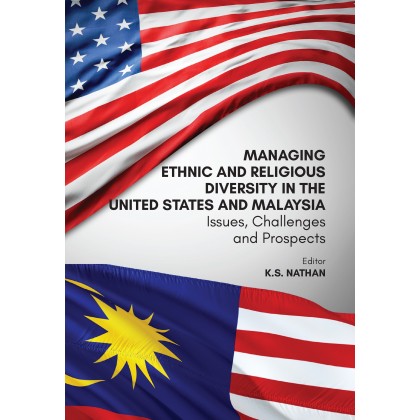 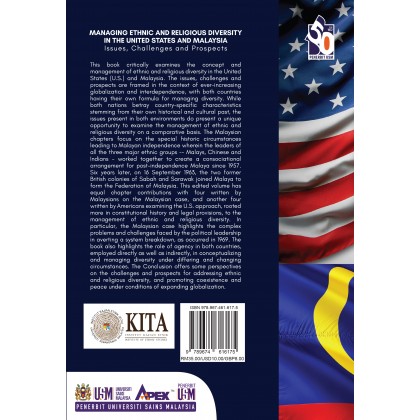 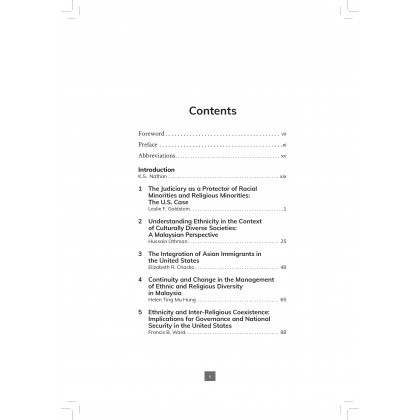 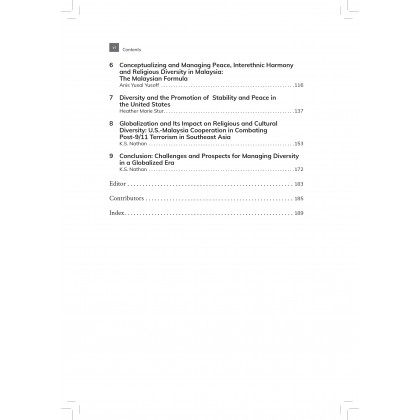 RM35.00
Managing Ethnic and Religious Diversity in the United States and Malaysia: Issues, Challenges and Prospects

This book critically examines the concept management of ethnic and religious diversity in the United States (U.S.) and Malaysia. The issues, challenges and prospects are framed in the context of ever-increasing globalization and interdependence, with both countries having their own formula for managing diversity. While both nations betray country-specific characteristics stemming from their own historical and cultural past, the issues present in both environments do present a unique opportunity to examine the management of ethnic and religious diversity on a comparative basis. The Malaysian chapters focus on the special historic circumstances leading to Malayan independence wherein the leaders of all the three major ethnic groups -- Malays, Chinese and Indians worked together to create a consociational arrangement for post-independence Malaya since 1957. Six years later, on 16 September 1963, the two former British colonies of Sabah and Sarawak joined Malaya to form the Federation of Malaysia. This edited volume has equal chapter contributions with four written by Malaysians on the Malaysian case, and another four written by Americans examining the U.S. approach, rooted more in constitutional history and legal provisions, to the management of ethnic and religious diversity. In particular, the Malaysian case highlights the complex problems and challenges faced by the political leadership in averting a system breakdown, as occurred in 1969. The book also highlights the role of agency in both countries, employed directly as well as indirectly, in conceptualizing and managing diversity under differing and changing circumstances. The Conclusion offers some perspectives on the challenges and prospects for addressing ethnic and religious diversity, and promoting coexistence and peace under conditions of expanding globalization.