In 1975, the Khmer Rouge regime took over Cambodia, and its leader Pol Pot quickly established brutal policies and forced the entire population into hard labor. For five years, the regime carried out atrocities that resulted in the deaths of up to two million people.

The regime also disallowed practices of all religions - Buddhism, Islam and Christianity. Buddhist temples were destroyed, and monks were killed. Mosques were turned into pig farms, Muslims were forbidden to perform daily prayers, and they were forced to eat pork.

The punishing life under the Khmer Rouge has displaced millions of Cambodians. Some decided to flee to neighboring countries. Many Muslim Cambodians (also known as the Cham people) chose to go to Malaysia, a Muslim-majority country and a small percentage resettled under the national refugee program.

They later became known among Malaysians as the "Orang Kemboja."

One of the Orang Kemboja settlements is in Pulau Keladi, Pekan (Pahang), which is the focus of the book, The Orang Kemboja of East Coast of Peninsular Malaysia, published by Penerbit Universiti Sains Malaysia (USM).

In an ethnographic study, the author, Dr. Siti Nor Awang, a researcher with USM, spent a year living and assimilating with the Orang Kemboja people to understand their lives and document her observations.

Living with the Orang Kemboja allowed the author to learn about their language, life experiences in their motherland, the agony they have been through, their journey finding a safer place, life in the refugee camp, and life with the local Malays.

The process of movement and resettlement from their country of origin to Malaysia has forced this community to confront real challenges and new means to develop a new way of life in this milieu.

The Orang Kemboja is a story of grit, determination and fierce pride in their roots. They have made Malaysia their home with a deep sense of belonging and responsibility to contribute positively to society.

They are an enterprising community that thrived with business opportunities and was responsible for promoting the popular Pasar Kemboja (Kemboja markets).

The book will make an interesting read for those interested in knowing more about the Orang Kemboja, understanding their roots and appreciating their struggle.

Related Posts
What is an Em Dash? 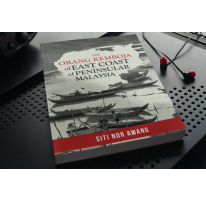 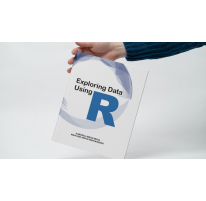